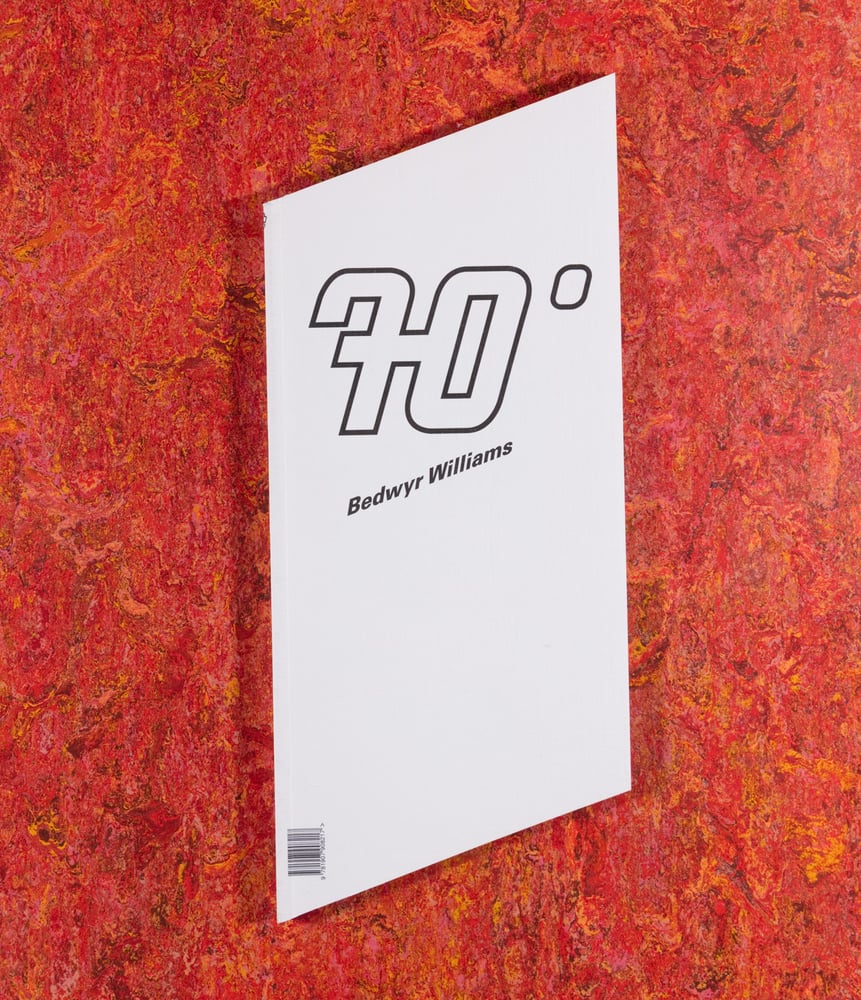 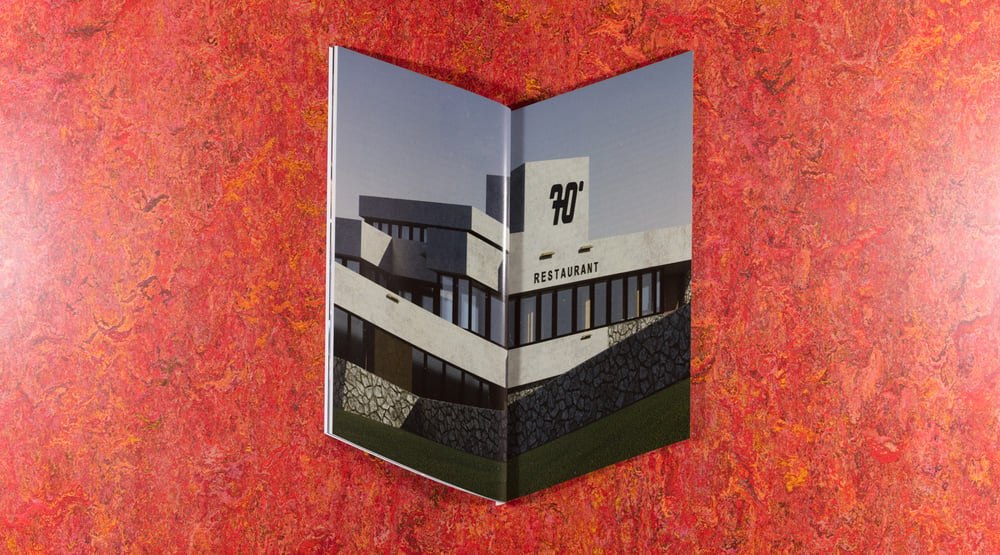 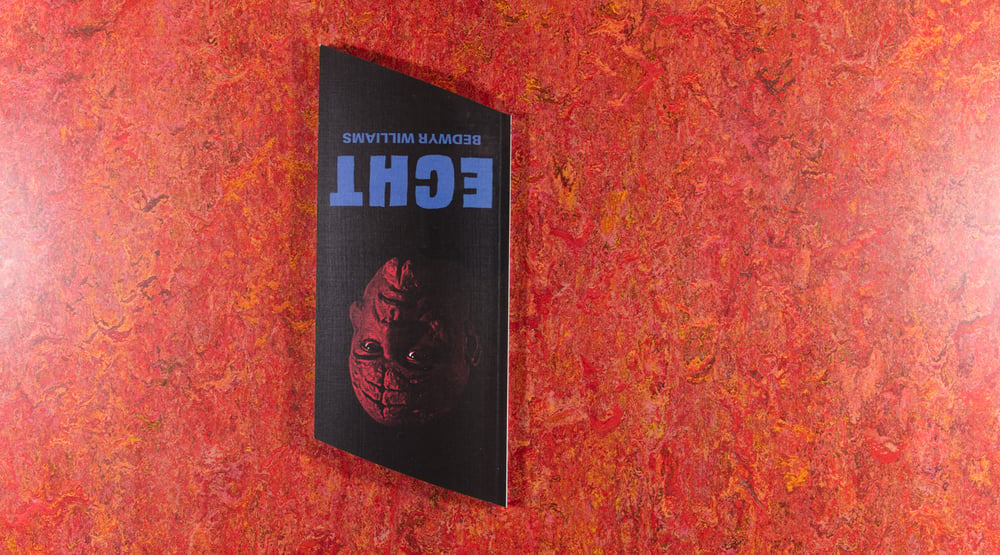 ‘Echt/70º’ brings together a collection of Bedwyr Williams’ texts and images from two recent video works: ‘Echt’, which was part of GI Festival 2014, is a narrated tale about a fast track feudal system in a future Britain where planning officers are forced to choreograph awful dance routines alluding to their own demise and shoe laces are tied into colossal knots on the soles of shoes signify to status. And ‘Hotel 70º’ first presented in MOSTYN, Llandudno, is a tale of a fish, an intelligent couple, a driver with hen angst and a man who runs so fast into a corner he becomes a wedge: the narrative is set in a CGI recreation of the extraordinary Colwyn Bay hotel that was demolished a decade ago.

The book features new texts written by Tai Shani, Dan Fox and Mark & Stephen Beasley responding to the notion of a hotel with 70º corners, and was published to coincide with Williams’ solo exhibition at Salzburger Kunstverein 04.10 – 30.11.2014